How to build a shed

Here, I’ll discuss the three most common techniques used to build shed walls: stick-built, post and beam, and pole barn. Before getting into the specifics, it’s worth mentioning that most shed walls are stick-built out of 2-by construction lumber, and it’s easy to see why: Stick-built construction is fast, affordable, and straightforward.

However, if you’re planning to use your shed for something other than storage—perhaps as a workshop, writer’s studio, or home office—then consider a post-and-beam building, which has exposed timbers that lend a handcrafted look to the interior.

In a pole-barn building, the walls are fastened to a series of tall poles that support the entire structure. The wall-framing technique used is dependent on whether the building has round poles or square posts, and your choice of siding material.

The term stick-built refers to the fact that the walls are constructed out of individual “sticks” of lumber: usually 2x4s or 2x6s. A typical wall frame consists of horizontal top and bottom plates, vertical wall studs, rough sills that establish the bottom of the window openings, and horizontal headers that are installed above each window and door opening. You can use standard construction lumber for building walls; Douglas fir, hemlock, and spruce are all fine. However, it’s important to use pressure-treated lumber for any framing member, such as the mudsill, that comes in contact with the ground or a concrete foundation.

Tip: Save time by assembling the wall frames on a flat surface, like on the shed floor. Then stand up the walls and screw them down to the floor and to each other in each of the four corners.

This framing method uses large vertical posts and horizontal beams to form the skeletal frame of the walls. A post-and-beam wall has far fewer parts than a stick-built wall, but the parts are larger, so they’re a lot heavier and more difficult to lift into place. The wall frame of a post-and-beam shed is usually cut from 4x6s, 6x6s, or 8x8s.

The traditional way to join the posts to the beams is with mortise-and-tenon joinery. Each joint consists of a recessed slot (mortise) and a protruding tab (tenon). Mortises are cut by first drilling out the waste wood and then squaring up the hole with a mallet and chisel. Tenons are typically cut with a portable circular saw and a handsaw. A post-and-beam wall can be covered with plywood sheathing and then siding, as is normally done. Or, the siding can be set within the wall frame, leaving the posts and beams visible from both inside and out of the shed.

Tip: Post-and-beam wall frames can be joined together without mortise-and-tenon joints by using special metal fasteners, including saddles, beam connectors, and post caps.

As mentioned earlier, the wall framing used for a pole barn depends on whether the building has round poles or square posts. For round poles, simply attached three equally spaced 2×4 or 2×6 nailers horizontally across the poles. Then, fasten the siding to the nailers. If the building has square posts, you have two options: Nail 2x4s or 2x6s across the posts, or build framed sections out of 2x4s and set them between the posts.

Tip: Set the poles into the holes, allowing them to extend higher than necessary. Then, attach the wall frames and use a handsaw to trim the top of each pole flush with the top of the wall.

Check out our premium shed plans with even more detailed step-by-step instructions. 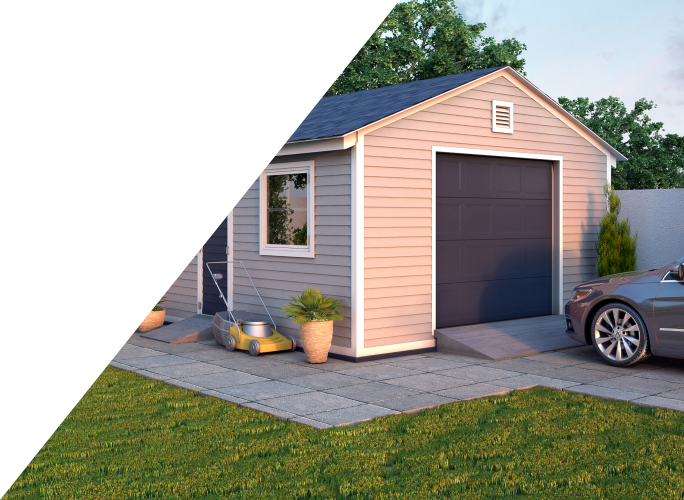 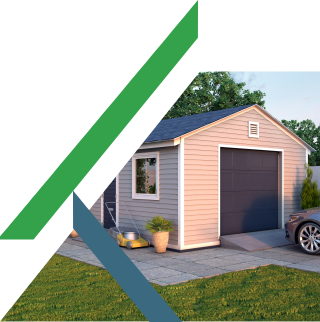